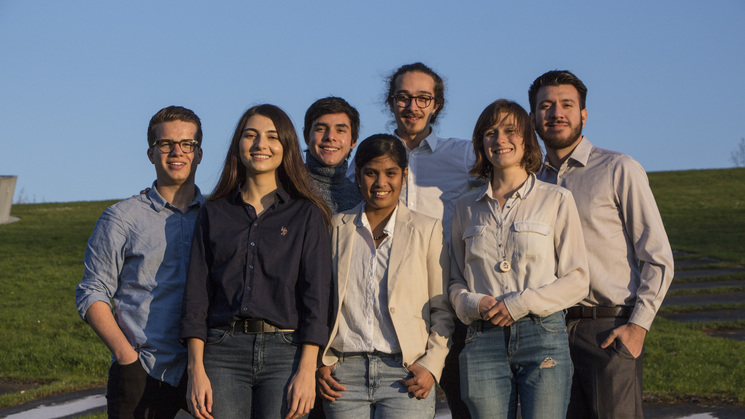 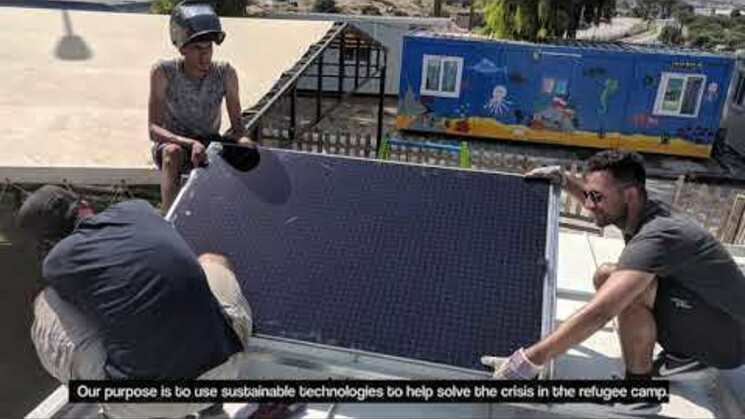 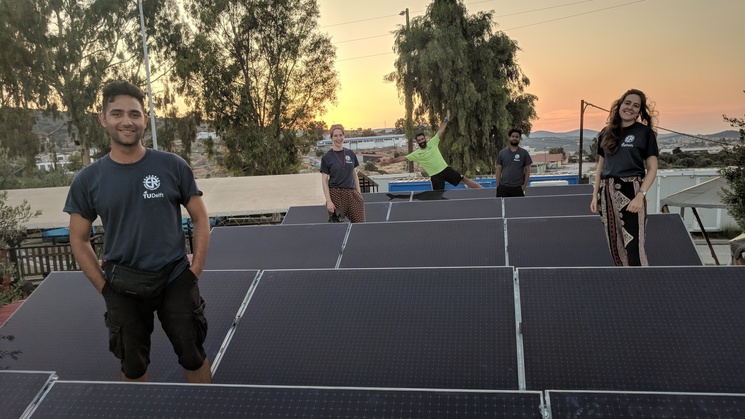 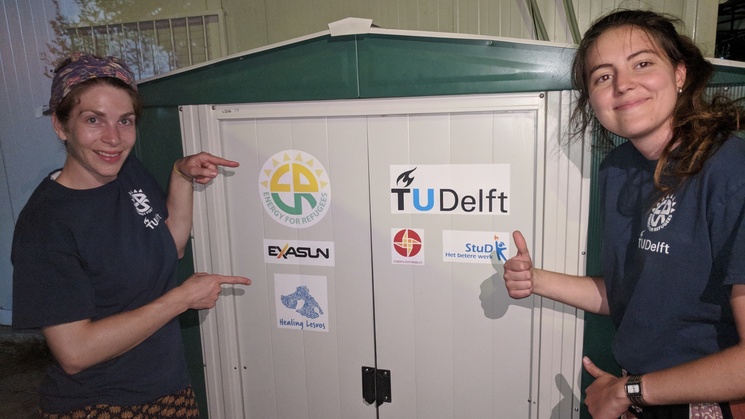 Help us, the students of Energy for Refugees (EFR) of the TU Delft, to provide the refugee camp Olive Grove on Lesvos (Greece) with a sustainable energy system. Your donation will be used to purchase and install the solar panels needed for this goal.

The energy generated by the solar panels will improve the lives of hundreds of residents in Olive Grove camp. The camp will become a safer and comfortable place because it lightens the camp at night, it gives the opportunity for the residents to keep in touch with back home by charging their phones and the energy will be used to heat the water used for washing clothes and showering.

Our Energy for Refugees team consists of seven international Masters students from the TU Delft, studying everything from Sustainable Energy Technology to Industrial Ecology. We have joined together by a desire to reduce  the suffering caused by the refugee crisis in Greece and surrounding countries.

Last year the EFR team has made a huge improvement in the life of children refugees at Lesvos by installing solar panels on a school camp called Kara Tepe which resulted in reliable energy without disruption during the education of the children. This year we will be installing a system four times the size so we need your support even more! Together with our partner NGO EuroRelief and your support we will be able to do this!

Help us to provide the residents of Olive Grove camp with solar energy which will improve the circumstances they live in.

Support the residents of Olive Grove camp by donating now!

In 2016, it was estimated that in that year no less then 362,000 refugees and migrants, suffering from war and violence, risked their lives crossing the Mediterranean Sea hoping to find a new home. This humanitarian crisis has lead in 2017 to over 2,700 people that are estimated to have died or gone missing along with their journey away from homes.

For many refugees, Greece represents a shelter from the danger they're trying to escape from, particularly the island of Lesbos, which received 57% of total arrivals by sea in Greece in 2015. Unfortunately, not all areas in Lesvos are properly equipped to host the residents, lacking access to some basic needs, like electricity, sanitation, and heating.

Addressing this issue, Energy for Refugees (EFR) started as a student initiative in February 2018, formally established as a formal foundation a year later.

This project wants to tackle the unreliable and expensive electricity; one of the most important problems in the refugee camps in Greece; Our purpose is to use sustainable technologies to solve this problem, making a real impact on refugee camps. We want to improve people’s lives in the camps, contribute to solving the energy problem which will allow sustainable development. We aim to reduce the dependency on public parties and make the camps more autonomous while engaging the camp residents for setting up this system and later maintaining it by themselves.

Chris - Sociable, thoughtful and patient are some words that could characterize Christos. After getting his bachelor in Electrical and Electronic Engineering, he decided to pursue a career which will improve other people’s lives directly. His Master research topic involves the integrated circuit design of a neuro stimulator for patients suffering from chronic migraines and cluster headaches. Besides, Chris shares a great passion for model music which he strongly believes that performing music increases contact, coordination and cooperation among people. Having combined this spirit with his technical knowledge, he seized the opportunity to be a member of Energy for Refugees. Coming from Greece, Christos aims to raise awareness as the most efficacious way to reduce the effects on the lives of all the people that are suffering from the ongoing refugee crisis.

Elif - Music, books, movies, local cafes, homemade food, and time spent with the loved ones are what makes Elif happy in life. While taking classes on sustainability and energy, she realized that her real passion was on renewables, hence she decided to pursue a master's in Complex Systems Engineering and Management in Energy Track at TU Delft.

Elif believes that the cure to the world's problems cannot be discovered without giving a try regardless the initiative is of a major scale or not. That's why she endeavors to do more than sitting in front of a computer crunching numbers and make a difference not just on her own people but also for the world that she lives in. Energy for Refugees has been in her radar for a year now because she sees this project as a great opportunity to provide the people in need with not only immediate aids but also sustainable services giving them a normal life.

Lennart - Lennart, being the only Dutch member of the team, is famous for being the voice of reason during our meetings. Lennart has always been interested in issues related to sustainability. This is one of the reasons why he followed the minor ‘Sustainable Development’ at the University of Waterloo in Canada. But now, he prefers to actually make positive changes rather than just talk about the importance of it; joining Energy for Refugees was a great opportunity for him to do so. He is motivated by the fact that by doing this project, the team can make a difference: helping vulnerable people making their lives more comfortable by changing the awful living conditions in the refugee camps, by providing access to cheap and reliable energy. Another important goal for him is to raise more awareness of the still-existing humanitarian crisis.

Lodi - Besides being the source of joy and laughter for the team, Lodi is a great storyteller, musician and artist.. Lodi is currently studying for a master’s degree in Industrial Ecology at Leiden University and Delft University of Technology which she combines with a healthy dose of realism, having been raised in a region with a high poverty rate herself. She believes that life is not about radical changes but also about relieving someone’ distress with especially when possible with relatively simple means, there is no reason not to do so. Doing something for others is what makes life meaningful. For Lodi, Energy for Refugees provides a great opportunity to expand her knowledge in a - for her - relatively new area and the fact that she can use her knowledge to help alleviate the distress of those in need only makes this project an even greater opportunity to partake in.

Jose - Jose is known for being very passionate and has been actively involved in causes for the protection of the environment for many years. He’s a foodie, an explorer and a modern hippie with experience in the Mexican energy sector where he worked for several years after his graduation as a mechatronics engineer. His dreams of a future where energy is accessible to everyone and should be provided in a sustainable way convinced him to leave everything behind and he is now pursuing a master in Sustainable Energy Technologies at the Technical University of Delft. Energy for Refugees represents a great opportunity for him to give back to those that need it the most and to apply all the knowledge he acquired in his professional and academic career.

Megan - Mix together an enthusiasm for the outdoors, a passion for social justice and a desire to get the most out of life while you can and you will have just scratched the surface of Megan. Having studied Physics at the University of Edinburgh, Megan realized early on that there is so much more to life than just analysis and science. It’s about the people in it here and now, and giving your time to the causes that matter to you. Megan realized quickly that the environment was what captivated her the most and what led to begin her Masters in Sustainable Energy Technology at Technical University of Delft. Energy for Refugees is a project that ticked all the right boxes for Megan: social justice combined with sustainable energy, the perfect to use her time to help those in need in ways that she can.

Bertram - Bertram is a tree-hugging, dog-petting, book-devouring, lead-by-example optimist, in love with renewable energy and cycling. He is the youngest NABCEP Certified PV Installation Professional in Mexico. After working for several years as a PV designer, he signed up to help the grid-restoration efforts following Hurricane Maria in Puerto Rico. Those experiences reinforced his belief that renewables are the path forward, which is why he enrolled at TU Delft in the Netherlands, where he’s researching how the combination of solar and storage can improve a grid’s resiliency and reliability. At the same time, Bertram is an instructor for Solar Energy International, a non-profit that teaches about solar PV design, engineering & installation to empower people, communities and businesses worldwide. Bertram joined Energy for Refugees because he believes that if you have the power to help people, you also have the responsibility to do so.

€10 Donate Mentioning your name - Your name will be mentioned, if desired, on our website. 31 donors €25 Donate Digital EFR sticker - With this digital sticker you can show your network that you support EFR! You will also receive the previous reward. 16 donors €50 Donate Video message from the refugee camp - Receive a personal thank you video message from the team and the camp. You will also receive the previous rewards. 12 donors €100 Donate Name listed on solar panel system in refugee camp - As reward your name will be physically placed at the solar panels we are going to install in the refugee camp. 9 donors €250 Donate Waka Waka light - Receive a Waka Waka light that operates on solar energy 1 donor No longer available €500 Donate Greek dinner prepared by EFR team - Enjoy a delicious Greek dinner prepared by the EFR team, and get to hear some of our personal stories. You will also receive the previous rewards. €1.000 Donate Spot on our promotion material - Get a prominent spot on all EFR's promotion material that will distributed all over the TU Delft and online.

Thank you for your support

14-06-2019 | 20:57 We are very grateful for all the support we got from you last month! We are already at 90% of the final goal of €4500. With these donations we can improve the lives of the residents in Olive Grove. Help us to take the final step to the 100% in before we close our campaign 3 days from now. Donate & share!  In the meantime, we are working hard to complete the project preparations. We have had installation trainings, all materials have been purchased and transport of the materials to Lesvos has been arranged. Only 3 more weeks and we are already leaving for Lesvos! But firstly we have to study hard for our last exams of this academic year! Thank you for your support!  The EFR team
Read more
Read more
This website uses cookies to enhance the user experience and for marketing and analytical purposes. By clicking 'Accept' you give permission to place these cookies. You can read more about cookies and how they are used, here. You can change your cookie settings at all times. When you choose 'Decline', only functional cookies will be placed.This website uses cookies to enhance the user experience, for marketing and analytical purposes. Read more
Accept
Decline
Keep me updated
Edit Embed
Width
Widgetcode 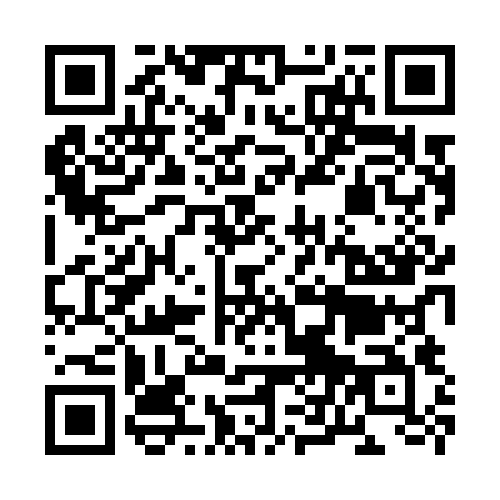